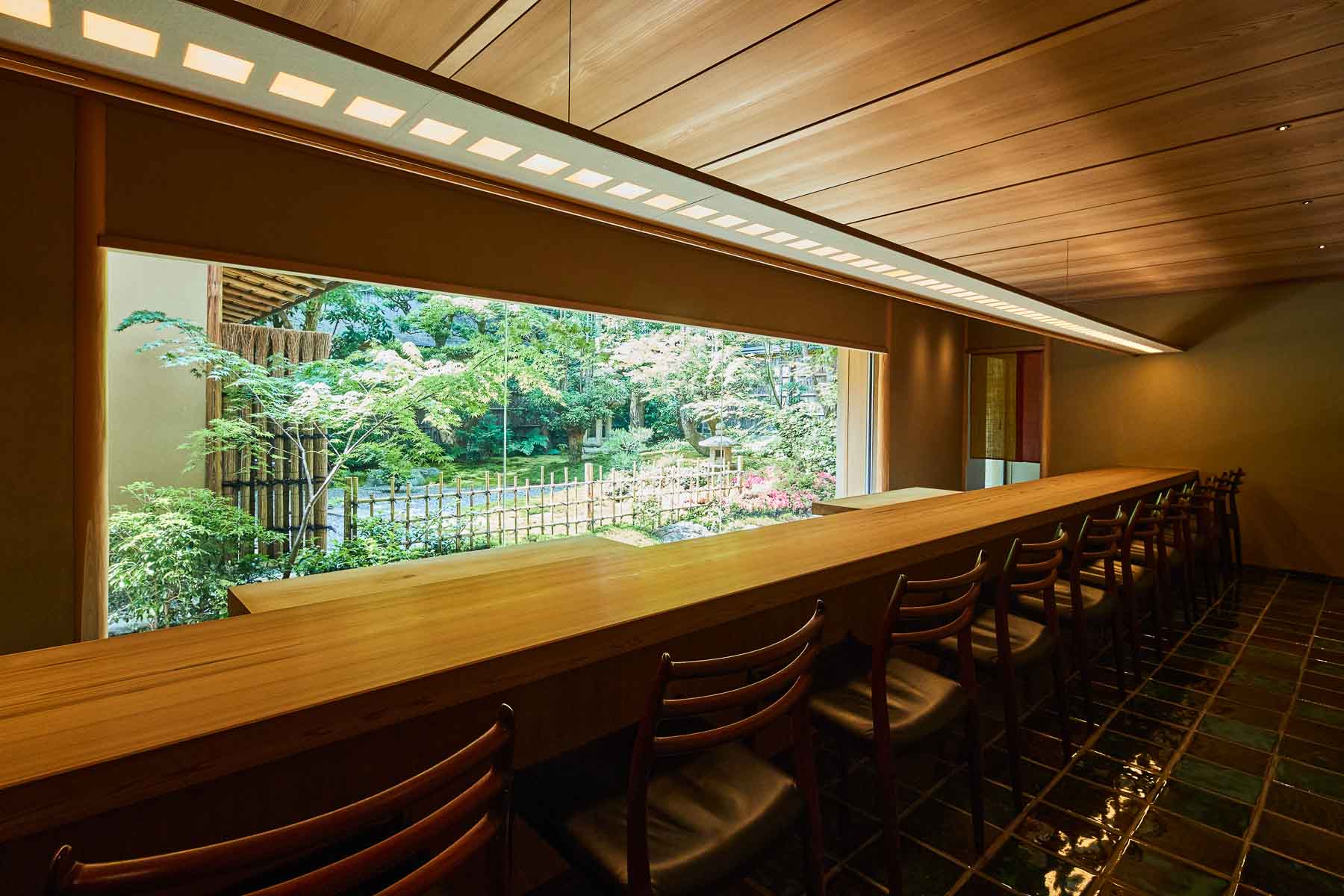 Ogata stands quietly in a quaint back alley in Kyoto and has been attracting foodies from all over the world with chef Ogata's skill alongside the use of top-notch ingredients. He opened the long-awaited Higashiyama Ogata branch in the autumn of 2021 inside Hotel Shinshoan, which opened at the same time in Okazaki, Sakyo-ku, featuring just four suite rooms.

The construction of the space was directed by Yoshiaki Nakamura, the second generation of the master carpenter of modern Sukiya-style architecture and the builder of the original restaurant, Sotoji Nakamura. They have met during Ogata's days at Wakuden, and have known each other's cuisine and architecture well, sharing a mutual appreciation for quality. It is indeed convincing that there is a space and cuisine that can be created only by these two men.

Popular restaurants such as Ogata are often hesitant to open a branch, for it may contribute to reputations, such as a decline in taste. However, Ogata believes that this is mainly due to the difference in space and atmosphere, and for this reason, it is essential to set up the restaurant properly and serve dishes that match the atmosphere of the place. He also emphasizes the importance of nurturing young chefs and intends to provide the opportunity to chefs with a certain level of experience to advance at Ogata, rather than opening their restaurants in smaller spaces. Initially, the menu will be similar to the one at Ogata, but he hopes to create its original kaiseki cuisine at Higashiyama Ogata in the near future.

Being famous for the near impossibility of getting a reservation is testament to the quality of the dining experience at Ogata. The simplicity of the bold yet delicate dishes means there is nothing to hide behind. Everything must be of the highest quality and prepared to perfection. Each dish draws you deeper into an intricate story, woven together as the course progresses. This is traditional Japanese cuisine with a modern sensibility.

Without revealing too much, as you need to go and discover for yourself, Ogata has a magical touch. He can make something seemingly ordinary like burdock root sublime. His knifework ensures the most delectable pieces of sashimi. And the use of aromatics, like bamboo grass for grilling red tilefish or yuzu as a cup, is certain to delight not only your taste buds but all your senses season after season.

INGREDIENTS
There is absolutely no doubt that Ogata has developed firm relationships with producers of some of the best seafood, meats and vegetables in Japan. His cuisine showcases premium ingredients throughout the year, highlighting the taste of the seasons, not simply limited to spring, summer, autumn and winter. Each tiny shift, a new bud, the moon – all of these affect the availability and flavors of ingredients and tie in intimately to Japanese kaiseki cuisine. From richly aromatic matsutake mushrooms to the prized crab from Taiza Port in Kyoto, Ogata is certain to have the very best. 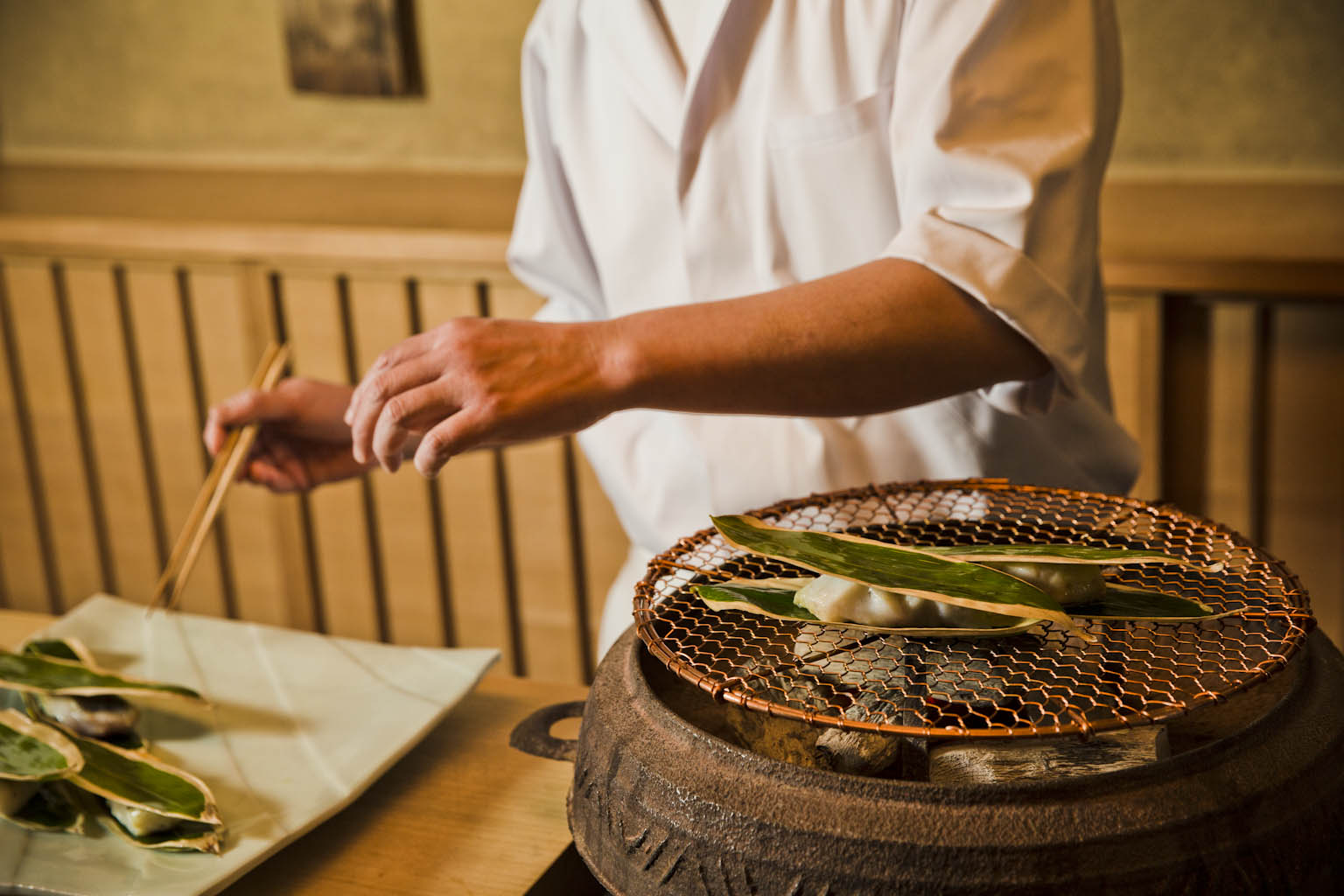 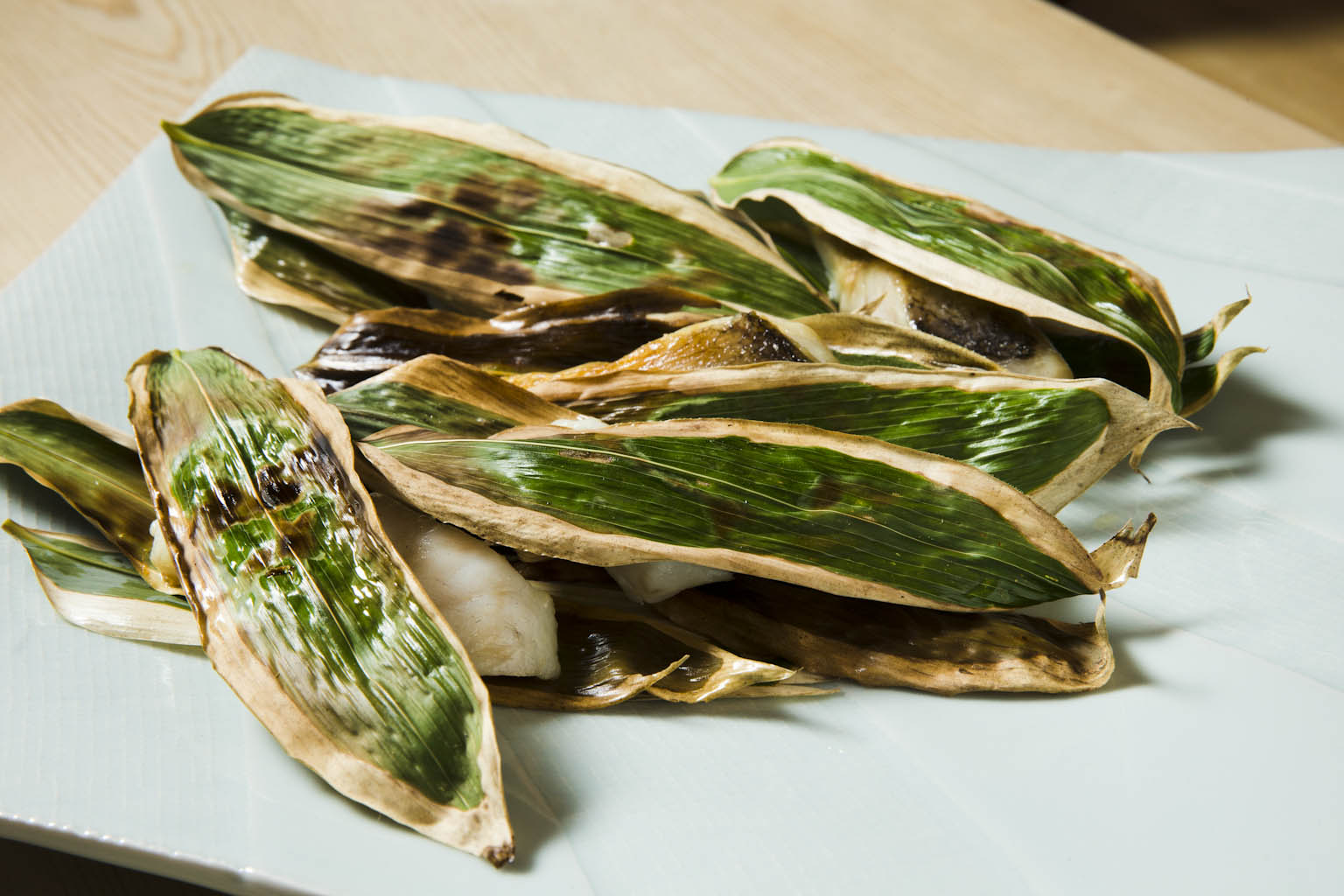 Toshiro Ogata was obsessed with baseball during his high school days in Hiroshima. However, a strong desire to start working seriously and support himself led from a few part-time jobs on to Hiiragiya Ryokan, the stunning, nearly 200-year-old Japanese inn located near Nijo Castle in central Kyoto. His talents clearly shone, as after several years he was asked to join Wakuden, one of Kyoto’s premier restaurants of kaiseki cuisine, which originally opened as a Japanese inn in 1871. In 2008, after 13 years that culminated in the head chef position, he left Wakuden and opened Ogata, immediately earning high acclaim.

A lovely smile comes across Ogata’s face as he talks. He is thoughtful and has a warm manner when interacting with customers, but his modesty means he talks little about himself. He is focused solely on making each guest’s experience as enjoyable as possible, inserting touches in places you may not even notice.

VISION
Ogata’s vision gives us insight into his success as a chef today. His simple desire is to be changed day to day, and to find something new all the time. Sharing that stimulation and passion with his guests is what has made Ogata’s cuisine and hospitality so special for almost ten years, and is certain to please customers for many years to come.

The tableware is selected to perfectly match each dish of the course and includes antique Baccarat and Marris glass items, as well as a large variety of ceramic pieces from a potter named Shiro Tsujimura. Based in the mountains of Nara, Tsujimura has worked quietly by himself, with no master and thus no boundaries, for more than 40 years, developing his very own highly creative and unique style. He chooses between wood, kerosene, gas, and electric kilns to achieve the desired temperature and style, but also says that leaving the pieces outside to weather the natural elements contributes to important ageing that finishes the pieces giving them a rustic feel or an antique patina.